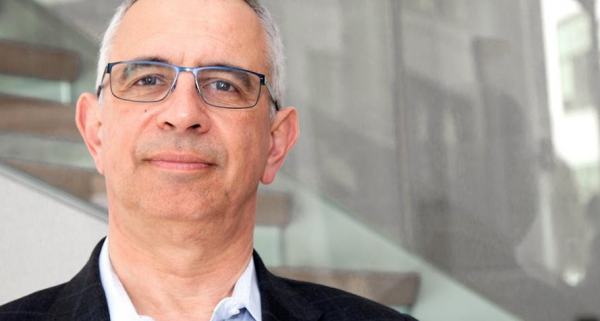 Speaking with Novartis' Ronenn Roubenoff about the company's investment in biomedical research provides a very clear perspective on the reality of global scale.

Roubenoff is the vice president and global translational medicine head of musculoskeletal diseases at the Novartis Institutes for Biomedical Research.

To put that in context, he is a leader at an institute that has almost 350 development programs, 6,000 scientists and invests US$2.6 billion in R&D every year - that is approximately A$3.8 billion.

According to Roubenoff, the pace of technological change in the development of medicines is accelerating and much of what is currently progressing through company pipelines would have been almost inconceivable just five years ago.

He told BiotechDispatch the logical implication is what might be inconceivable today could become feasible in the years ahead, pointing to gene editing in a patient and the potential for medicines to get across the blood-brain barrier.

"If there was a way to get proteins into the brain, that would revolutionise lots of diseases," said Roubenoff, who started his career as a rheumatologist.  He points to the development of TNF inhibitors in the 1990s as the moment he realised science was on the cusp of dramatic change.

"The way they revolutionised rheumatology as a specialty was dramatic. So, when I started, there were 5,000 rheumatologists in the United States. We would have an annual meeting at the American College of Rheumatology and about 2,500 people would attend."

He continued, "Then the TNF inhibitors came along and boom. All of a sudden you had something that could actually prevent joint destruction. The rheumatology meeting went from a sleepy little backwater to 15,000 people. It just blew apart the entire specialty, in a good way. It created energy and it created new treatments."

"Another big moment was the human genome project. The first genome cost $100 million but today it is around $800 dollars"

Roubenoff said the industry's understanding of chemistry has advanced to the point human DNA can be manipulated to achieve outcomes that will not occur naturally. "It is like making water go uphill," he said.

One of the consequences of this 'chemical disruption' is the potential to displace the traditional medical paradigm through an enhanced understanding of human biology.

"Each area is proceeding at its own pace. Take osteoarthritis, for example, where I work. We have always thought it was wear and tear but it turns out that is absolutely not true.

"Yes, it is wear and tear in the sense there is some injury involved, but it is actually the immune system sensing a physical insult to the joint, turning it into a chemical signal and then reacting to that chemical signal with an immunological response.

"It turns out osteoarthritis is much more complicated than rheumatoid arthritis.

"The rheumatologists love rheumatoid arthritis and we hated osteoarthritis because the only thing we could do is send them to have their joints replaced. We are now developing treatments that can actually grow cartilage."

The accelerating change of science means companies like Novartis, despite the magnitude of their investment in R&D, are constantly on the lookout for new partnership opportunities.

"One of the reasons we have tried very hard to open ourselves up and not be insular is because no matter how good our science is, it is only going to be a small piece of all the science done on earth. The more we can connect to that, the better it is for us."

"When every company had more or less the same stuff you did not need to collaborate. Now, as we have gotten into much less toxic and more targeted therapies, plus the whole immuno-oncology story, you really need to see who the players are.

"While most of the early development is still done independently, by the time you get to the late phase stuff, you really need those combinations because that is what the treating physicians need to know and that is what they care about.

"And if you want payers to respond, you have to show that your drug can play nicely with others."

He says the transformational impact of technologies like cell and gene therapy means companies are facing a "go big or go home" challenge.

"It changes the economics because, in some cases, the question may become how are you going to do better than that?"

He added, "As a company ten years ago, we would have been talking high volume, low complexity drugs aimed at family physicians and primary care doctors. We have now transitioned into a specialty company that treats complex diseases with therapies aimed at sub-specialities. It is a whole different world."