CSL: 'We have well over one million doses in the fridge' 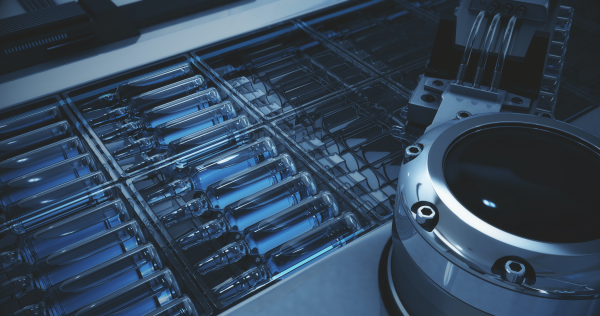 Senior representatives of CSL appeared earlier this week before the ongoing Senate inquiry into the federal government's response to the COVID-19 pandemic.

The company appeared after declining an invitation to a previous hearing. Janssen also declined an invitation but on the basis it does not have an advance purchase agreement with the Australian government.

The company appeared after Professor Robert Booy and Professor Raina MacIntyre. They questioned the likelihood of Australia completing its COVID-19 national immunisation program by the government's stated timeline of October 2021. They also recommended the government secure agreements for other vaccines.

Mr Larkins said the company's goal is to produce one million finished doses per week by the end of March and that it is "very close" to achieving that goal.

"We have well over one million doses in the fridge," he said.

He said the production of bulk product, which started in November, is a highly complex process and that it took until around the third batch to achieve the desired "yield".

One batch is around 300,000 doses, he said, adding, "We hope to be releasing three to four batches per week once we are up and running."

Mr Larkins said the 'release' process, which includes CSL, the TGA and AstraZeneca, will be accelerated and should take at most one to two days.

The CSL executives confirmed the "manufacturing process" for the 51 million doses it will supply Australia will take "until the fourth quarter". Mr Larkins subsequently said it will complete the contract towards the end of 2021.

He also said the production means the company will be conducting the 'fill and finish' process for the Australian seasonal influenza vaccine in the US. The bulk product will be manufactured in Australia, exported to the US for 'fill and finish', and then imported to Australia.

On the contracted delivery schedule for the COVID-19 vaccine, the company said its agreement is with AstraZeneca, not the government. Dr Menner said the agreement includes an "indicative timeline" that CSL is "on track" to meet.

In response to a question from Labor Senator Katy Gallagher about the potential to modify the vaccine to accommodate COVID-19 variants, Dr Menner said CSL is in discussions with AstraZeneca on an almost daily basis about the potential need to make adjustments.

Dr Menner said AstraZeneca approached CSL in mid-2020 about the possibility of manufacturing the candidate it was developing with The University of Oxford. She said the choice to produce the vaccine was based on the approach from AstraZeneca and technological fit with its production capability.

"We did this at the request of the Australian government," said Dr Menner.

Mr Larkins said the company has set aside three production facilities to produce the vaccine. He said it is not practical to manufacture another candidate in the same facilities at the same time but that the company would consider manufacturing another once it completes its production of the AstraZeneca-Oxford vaccine.