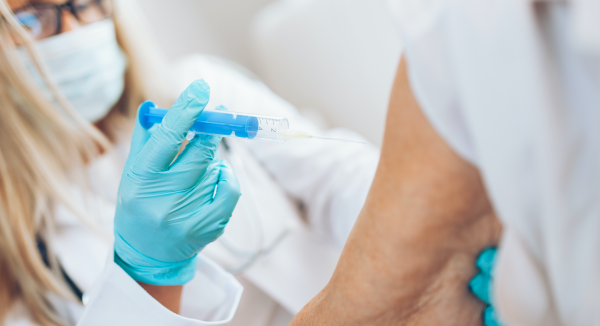 The UK is preparing to launch its COVID-19 immunisation program next week and is planning to eventually use repurposed sporting stadiums as mass immunisation centres.

The country's regulator is the first in the world to authorise a COVID-19 vaccine based on late-stage trial data.

It 'authorised' the use of the mRNA vaccine that has been developed by Pfizer and German company BioNTech.

The chief executive of the UK's National Health Service, Sir Simon Stevens, said the country is now preparing for “the largest-scale vaccination campaign in our country’s history”.

UK health secretary Matt Hancock told Sky News 50 hospitals across the UK are set-up and waiting to receive the vaccine. He said the government is also working on the creation of mass vaccination centres as well as GP clinics and pharmacies.

Another report said the UK army is converting stadiums across the country that will serve as mass vaccination centres.

Australia has agreed to procure 10 million doses of Pfizer's vaccine but they will not arrive for several months. The federal government announced the deal with Pfizer on 5 November. The UK announced its deal with the company on 29 July.

Health minister Greg Hunt issued a statement in response to the UK authorisation.

He said, "We welcome the emergency approval given to the Pfizer COVID-19 vaccine in the UK. This is particularly so given the over 1.6 million cases and tragic loss of over 59,000 lives in the UK.

"I have again spoken to the Australian CEO of Pfizer, they remain on track for vaccine delivery once it is approved for use in Australia by the independent regulator."

In its own statement, the TGA said, "The UK emergency use authorisation is temporary and only relates to a limited number of specific batches of the Covid-19 vaccine BNT162b2 supplied by Pfizer and BioNTech, in response to the increased spread of COVID-19 and loss of life."

The regulator added, "It allows the UK Government to deploy the vaccine as quickly as possible to specific groups of patients such as frontline healthcare workers, people over 80 and aged care residents. It is understood that under the Emergency Use Authorisation the vaccine will not be generally available to the wider UK population."

In its own announcement, the UK regulator said while the vaccine does not have a 'marketing authorisation', it has been given "authorisation for temporary supply by the UK Department of Health and Social Care...for active immunization to prevent COVID-19 disease caused by SARS-CoV-2 virus in individuals aged 16 years of age and over."

The regulator said it had 'authroised' the vaccine based on a full review of the data.