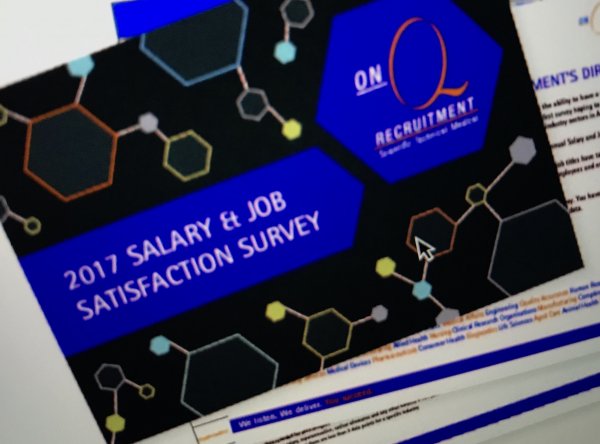 Flexibility is just as important to males as it is to females, people are feeling more secure in their jobs but also more stressed, according to the life science industry's most comprehensive salary survey.

The survey conducted by On Q Recruitment, a specialist recruitment agency for scientific, technical and medical professionals, is based on feedback from 1,662 respondents in 140 job titles. The survey is in its eleventh year.

The survey found flexibility is of equal importance to both genders, dispelling any suggestion it is more appealing to females.

On salaries, 66 per cent of respondents in full-time employment received a pay rise, compared to 63 per cent of people working part-time.

For one third of full-timers, their pay rise was just 1-2 per cent, while just over 40 per cent received an increase of 3-4 per cent. Just 10 per cent reported a pay rise of 5-6 per cent.

For those in full-time positions who did not receive a pay rise, 42 per cent had been with their company less than a year, while almost one quarter (22 per cent) said they received no feedback on the reason why.

The number of full-timers who did not receive a bonus fell slightly in the past year, from 44 per cent to 40 per cent.

An inadequate salary and benefits package as well as a lack of opportunity for career advancement were identified as key drivers for people changing jobs.

According to On Q Recruitment founder and director, Catherine O'Mahony, "The survey once again confirmed that companies offering a career progression strategy are at a distinct advantage when it comes to retaining key staff."

Despite economic pressures, job security rose in the past year, with 82 per cent of respondents rating their jobs as secure or extremely secure. This compared to 79 per cent in 2016. This appears to have impacted job satisfaction, with 66 per cent either very satisfied or satisfied, compared to 63 per cent in 2016.

Stress levels have risen, with 57 per cent saying they are either extremely stressed or moderately stressed in a typical week at work, compared to 54 per cent in 2016.