The former industry minister Senator Kim Carr, who is widely credited with creating the current R&D Tax Incentive program, says the COVID-19 pandemic has "made it impossible to conceal dangerous weaknesses in the Australian economy" that cannot be ignored. 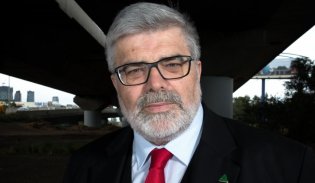 Senator Carr served as industry and innovation minister for most of the tenure of the former Labor government (2007 to 2013). He also served a period as minister for manufacturing.

According to Senator Carr, the greatest weaknesses are "the decline in manufacturing, the attrition of our science and research resources, and the loss of jobs, skills and economic complexity resulting from both."

"Fixing these requires more than procurement contracts for a handful of firms producing ventilators and personal protective equipment. Australia must build sovereign capabilities in strategic areas of advanced manufacturing, including the processing of agricultural products and our oil and gas resources," said Senator Carr.

"That will mean reconsidering our dependence on fragile global supply chains, rather than focusing only on the assembly of finished products in short supply. All of that, in turn, means that we must stimulate investment in research and innovation. In this respect, however, Australia is going backwards."

Senator Carr also challenged the federal government on its plan still before parliament to cut spending on the popular R&D Tax Incentive program.

"A Senate inquiry agreed, and urged the government to withdraw the bill for further consultation. The bill lapsed when parliament was dissolved for the election, but a new bill, essentially the same, has been introduced," said Senator Carr.

The life sciences sector led by AusBiotech has actively opposed the cut given its importance to smaller pre-revenue biotechnology companies.

"Do not mistake the gravity of the situation," continued Senator Carr. "At Senate estimates, the Industry Department conceded that the most recently available figures, for 2017-18, showed that business expenditure on research and development had declined by more than 12 per cent since 2013.

"We also know that in the same time total spending on science, research and innovation has fallen by more than $1bn - 10 per cent in real terms.

"An attentive reading of the national science, research and innovation tables reveals that the 12 per cent fall in business expenditure on research and development is a massive understatement. In three years the decline in investment has fallen short of the government's own targets for business expenditure on research and development by $5.3bn - about 30 per cent. Yet the government refuses to acknowledge the consequences of the decline."

Senator Carr said inaction by the federal government means Australia is falling behind on innovation.

"Without new investment in advanced manufacturing, we will not diversify our economic base and that will limit prospects for growth. Despite this, the government is persisting with a bill that will strip $1.8bn over four years from the biggest item in the nation's innovation toolbox."

Senator Carr also criticised the federal government over its failure to implement a 'collaboration premium'.

"Worse, the government has ignored a recommendation for genuine reform contained in the so-called Three Fs review of the innovation system in 2016.

"This proposed a premium rate of the incentive to be claimed by firms conducting R&D in collaboration with universities and research agencies - a cultural change and an investment in solving real problems.

"A collaboration premium would put the economy on track for increased innovation and more effective commercialisation, creating jobs and industries," he said, adding, "If we're to thrive in the postpandemic world, the government must adopt measures that will increase investment in R&D, and it should start by looking again at the collaboration premium."